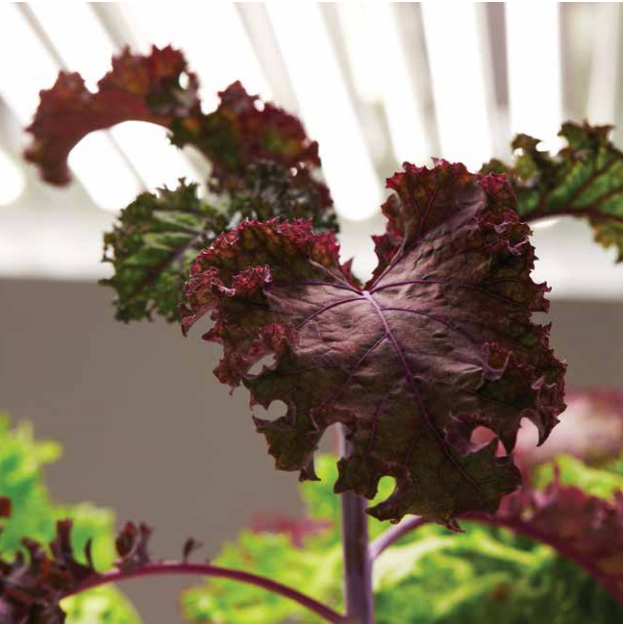 Technological innovations are enabling a new way of producing food transforming indoor environments into places where fruits and vegetables can be grown without soil, close to the city, with an extremely short supply chain, fully independent of weather fluctuations, while reducing demand on water and chemicals. One of the pioneers of the approach, New Jersey based Bowery, describe it as ‘post-organic’ farming, and momentum is growing behind the idea that a sizeable percentage of some of the fruits and vegetables of the future could be grown using this technique.

On the current path, the world population’s caloric demand will increase by 70%, while crop demand for human consumption and animal feed is expectedl rise by 100%. Meeting these needs with existing agricultural practices will require large areas of additional land, and will increase pressure on the earth’s soil, which has gradually been degraded losing a significant percentage of its nutritional capacity over the last 100-150 years. Meanwhile, the effects of climate change, realised through extreme weather patterns, threaten to negatively impact crop yields and disrupt food supply chains.

Urban agriculture in the form of aquaponics, where fish farming is combined with the growth of vegetables and a self-maintaining system is established has a long history, but the data monitoring and ability to control internal conditions provided by new technologies has enabled the further evolution of hydroponics.

Hydroponic farming involves growing produce in multi-storey warehouses without soil. Seeds are planted in a soil substitute and grown in nutrient-rich water, where water is recirculated, and temperature, salinity and humidity are monitored and controlled to maximise the yield. The method has a number of economic, environmental and social advantages. Here’s a pretty good initial list taken from SystemIQ’s Achieving Growth Within report:

Reportedly 100+ times more productive on its land compared against traditional farming, Bowery is one of the most advanced movers in the sector. They’re far from alone, Japan’s Spread declared their initial plant profitable in 2013 and now have plans to open an automated plant that could increase their yield to 51,000 lettuce heads per day, and we’ve previously told the story of AeroFarms, another New Jersey based firm.

It’s also a highly efficient technique in terms of resource use. For example, only 5% of the fertiliser used on large fields is actually consumed by people, according to the Ellen MacArthur Foundation’s Growth Within research, the rest of the nutritional value is waste across the value chain.

The new model doesn’t come without criticisms. Growing without soil means that there is little opportunity for regeneration or the development of an ecosystem that ‘feeds itself’, rather the method allows for the development of a large number of linear and separate processes in an ultra-efficient way.

Furthermore, there will always be concerns about the nature of the chemicals needed to grow plants in these conditions, and the types of seeds used. For their part, Bowery take pride in sourcing, “from partners who spend nearly a decade developing the ideal seed, rather than relying on GMOs”. When Circulate asked him about some of the potential trepidations, CEO Irving Fain was quick to highlight that the story of indoor farming is a healthy one, both for crops and people:

“Bowery grows its produce under LED lights that mimic the spectrum of the sun. By monitoring the growing process 24/7 and capturing data at each step, we give our crops exactly what they need and nothing more. Because we control the entire growing process from seed to store, our produce is the purest available – food you can truly feel good about eating”.

For Irving, who is already planning Bowery’s second farm, scale is the next challenge, “we plan to continue to build additional farms, keeping them all close to the point of consumption to deliver products at the height of freshness and flavour, and we hope to serve more cities throughout the country”.

Up front investment costs are a potential barrier, but there’s also an increasingly strong business case associated with indoor farming. Besides the growing number of innovators establishing businesses, SystemIQ’s research estimated that €45 billion of total investment between now and 2025 could create an economic reward across Europe of €50 billion by 2030 with key benefits including the freeing up of land space and reduced reliance upon fertilisers and pesticides.

Pair the potential economic opportunity with the demands expected by a fast growing global population, and it’s easy to imagine a future where at least part of the food supplied to the world’s largest cities comes from indoor farms located inside the city limits.

The post Why large scale indoor farms will be crucial to feed our fast growing cities appeared first on Circulate.