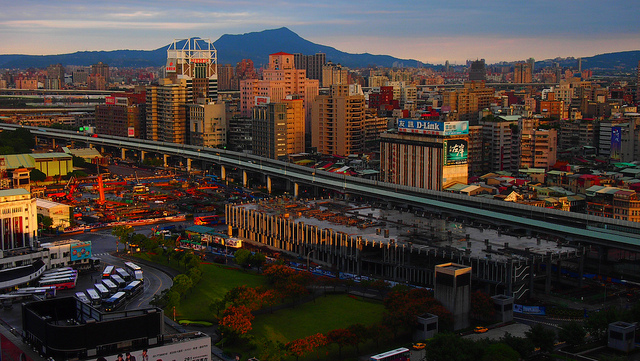 When the city meets the circular economy

During the last 200 years, cities have been attracting a growing amount of people, financial and political power, becoming hubs of innovation and creativity. The global urban population has grown rapidly, rising from 34% of the world’s people in 1964, to 54% today and predictions expect the figure to reach 75% by 2050. Such fast growth puts enormous pressure on urban resources, carrying capacities, and quality of life, all of which can have negative impacts on economic and social well-being. What’s more, experts estimate that 60% of the cities that will exist in 2050 are yet to be built, massive volumes of urban infrastructure will be constructed in the coming decades. However, as well as challenges, this context offers new opportunities to leverage these trends to create a circular development path.

Planners and policymakers have the chance to rethink the way our current urban systems operate, to learn from previous mistakes, and implement these lessons to enable long-term resilience, resource optimisation, economic prosperity, and human well-being.

The characteristics of the circular economy (preserving and enhancing natural capital, optimising resource usage, achieving resilience through diversity, and design out waste), along with its systems change approach, has the potential to provide the necessary framework for building resilient and prosperous communities, that in turn provide a supportive operating environment for businesses.

Pioneering municipalities are taking the first step towards incorporating circularity within their operations. Paris is one of the most recent examples, with the launch of the city’s White Paper on Circular Economy , which provides an overview of the French capital’s main challenges in the field of resources, economy, environment, and society. The White Paper presents a comprehensive strategy on how to address these through 65 circular economy-based initiatives, covering areas such as education and public awareness building, public procurement, fiscal and regulatory measures.

Amsterdam also maintains its status among the most prominent frontrunners with everything related to urban circularity. A dedicated research center was established to explore how circular economy principles can be leveraged for closing the resource loops on a municipal level and by that enhancing the local economy. The developed solutions are being translated into pilot projects, including the living lab for the circular city in Buiksloterham, a testing ground for the optimisation of material flows and prevention of CO2 emissions and investigating what can be achieved through the introduction of more effective regulations for new-build homes.

Neighbouring Haarlemmermeer, home to the Netherlands’ Schiphol Airport and the surrounding trade park, is another case where ambitious resource management is underway. Projects include Park 20/20, a full service Cradle to Cradle working environment, and the Schiphol Trade Park, which aims to become a centre for regenerative activities.

Earlier this year, London launched a roadmap for circular economy transformation. London’s Waste and Recycling Board (LWARB) is a member of the Ellen MacArthur Foundation’s CE100 programme, they estimate that the transition to a more effective economy could be worth £7bn annually to the city’s economy. The Greater London Authority seek to achieve this through looping resource flows, while also creating over 12,000 net new jobs through the re-use, remanufacturing and maintenance industries.

Last month, the governing bodies of Amsterdam, Copenhagen and London announced a collaboration focused on designing plastic packaging out of their respective waste streams. The launch came shortly after the release of a report by the Ellen MacArthur Foundation which estimated that plastic packaging waste amounts up to $120bn annually. International initiatives like these are demonstration that policymakers, at least in Europe, have identified significant economic opportunities in circular models.

There are signs of a broader international uptake that stretches beyond Europe, in the United States, Austin, Texas and San Francisco, California have already developed Zero Waste master plans, and are now experimenting with diverse policy initiatives including the Austin [re]Manufacturing Hub or San Francisco’s ban on plastic bottles and bags.

In Phoenix, a broad collaboration has been established across business, academia, emerging innovators and the municipality, resulting in the formation of the Resource Innovation and Solutions Network (RISN) that is operated together with Arizona State University. The mission of RISN is to accelerate the transition towards circular material flow, providing Phoenix and other cities with technologies and expertise for resource effective solutions.

Innovative national strategies are also obvious in places where access to resources is constrain, for example in Singapore, which has introduced a Sustainable Singapore Blueprint, which includes initiatives on water collection systems, and new regulation of resource effectiveness in the built environment. Meanwhile, in South Korea, Seoul positions itself as the “Sharing City” in which unused parking lots, empty rooms, kid’s clothes, furniture are being shared by residents. The government also lends idle spaces in public facilities to other organisations and citizens.

Embedding circular economy principles into the urban environment can open up new opportunities for symbiosis between cities and businesses, potentially paving the way for greater resilience and prosperity for the growing urban population around the world.

The post When the city meets the circular economy appeared first on Circulate.