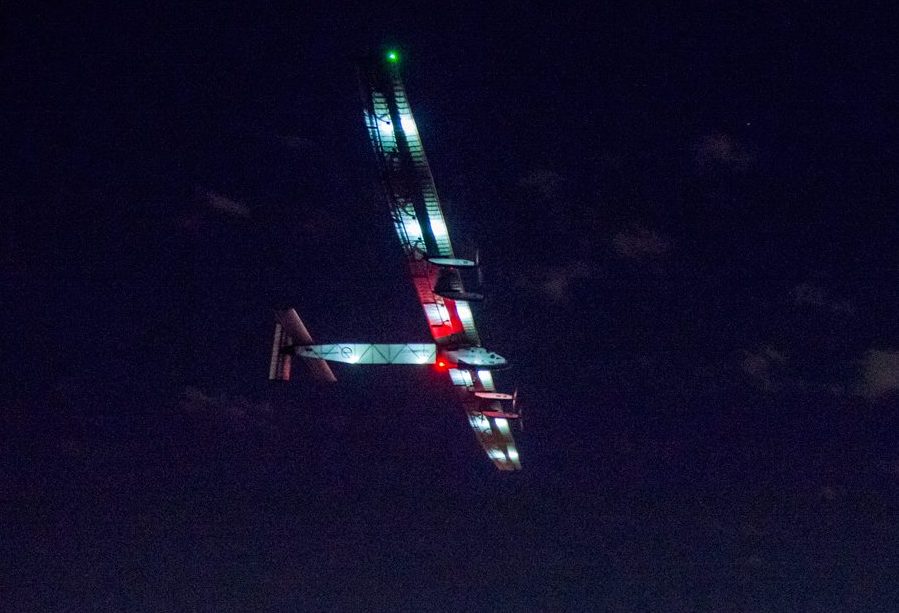 Two days and 23 hours after stunning pictures showed a solar plane with a wingspan wider than a Boeing 747 jumbo jet flying past the statue of liberty, Solar Impulse 2 has landed in Seville becoming the first aircraft powered exclusively by renewables to traverse the Atlantic Ocean.

Weighing roughly only as much as an average car and with nearly 18,000 solar panels on its wings, the predominantly carbon fibre aircraft is now close to completing a round the world trip that started in Abu Dhabi in March 2015.

One of the first men to fly a hot air balloon around the globe non-stop in 1999, Bertrand Piccard, teamed up with engineer and entrepreneur Andre Borschberg to make Solar Impulse’s circumnavigation happen.

Averaging speeds of 30 miles per hour, theoretically, the plane can remain in the air indefinitely, though of course there are limitations on how long a human can fly without needing rest. Piccard and Borschberg have alternated as pilots for different legs of the trip with Borschberg setting a new record for non-stop solo flight time with a trip from Nagoya, Japan to Hawaii that lasted more than 117 hours.

Crossing the Atlantic was particularly symbolic following in the footsteps of numerous aviation and other transport innovations – the first steamboat, first aeroplane, first hot air balloon and first airship –  that have used the ocean as a key test point.

Questions about what this circumnavigation could mean for the aviation industry, which consumes high levels of fuel and produces significant, will inevitability be asked and the project clearly demonstrates potential for the harnessing and storage of solar power at altitude and in-flight.

However, in a context where the renewable energy conversation has seemingly shifted from an underlying skepticism about timeline and scale, to one of significant possibility and opportunity, the Solar Impulse 2 journey is about a broader innovation story.

An aircraft powered only be solar energy has made it most of the way around the world, what other innovations could be possible? The transition to an economy powered by renewable energy as opposed to fossil fuels is a critical part of the larger circular economy story, and being able to frame that transformation in a context of opportunity and innovation will be valuable.