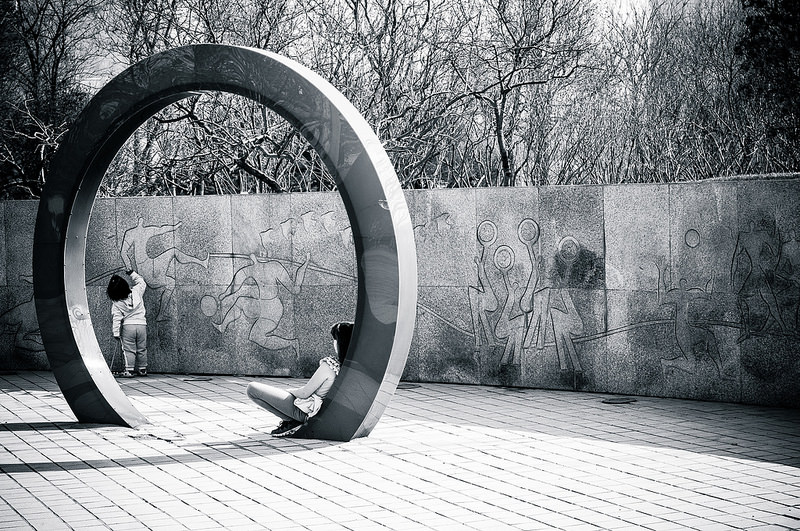 Learning not just ‘about’, but ‘for’ a circular economy

Bill McDonough (co-founder of Cradle to Cradle Design) recently shared an intriguing story that he came across when he started working with NASA:

“So, Kennedy calls to be on the moon in 10 years. [The team in the USA made it] there in nine years. And when they looked at the average age of the team that put Neil Armstrong on the moon, it was like 28 years old. What does that mean? That means that engineers who heard Kennedy nine years earlier were just graduating high school. They didn’t know they couldn’t go to the moon, so they did.”

This story beautifully illustrates how simple it can be to change mindsets when you talk to the right people. But it also highlights the size of the task at hand when it comes to changing the mindset of a whole generation and how they think about the economy, society and the environment and the complex ways in which they interact.

With the vision ‘to accelerate the transition to a circular economy’, the Ellen MacArthur Foundation has been in the business of changing mindsets from the very beginning. Considerable progress has been made with businesses, policy makers and higher education. But there also seems to be a catalytic intervention point to changing mindsets that occurs long before university. Just as the United States’ venture to the moon started with high-school students; so might the transition to a circular economy.

Of course, there are also considerable difference between a venture to the moon – which is quite a mechanical undertaking, and the transition to a circular economy, a much more metabolistic and complex endeavour.

In conversation with teachers and students, different layers of questions often come up. The first layer of questions is about aspects of learning content for a circular economy: How can we embed systems thinking, which is by definition interdisciplinary, into the curriculum beyond subject silos? What are the habits of thinking and key characteristics of the framework learners need to access in order to lead the transition to a circular economy perspective?

The second layer is about the learning context. Bill Scott and other educators (e.g. in ‘Education for Sustainable Development: two sides and an edge’) have long been arguing that the way students learn about a subject is as important as the content itself. Thus, learning for a circular economy is part of the transition already, rather than just a transmissive passing on of knowledge. How does complexity need to be coupled with other enabling conditions to create a fertile context for circular economy understanding? In short: How do we best teach and learn not only ‘about’, but also ‘for’ a circular economy?

New visions and narratives are evolving, in an attempt to link learning content and context in a more purposeful way. These exciting thoughts and conversation often touch upon a third layer of questions concerning the learning system as a whole: How would an education system look if it were based on the same principles as a circular economy? To what extent is the current education system largely ‘linear’ in its characteristics and thereby soon obsolete, or simply not suitable for the future economy?

We have many questions, and certainly not all the answers. But patterns in the kind of questions people are asking, question patterns and intuitions are pointing into a direction of travel that promises exciting discoveries.

Over the next couple of months, we will explore this general direction for travel through a range of articles by external authors as well as voices from within the Foundation. Maybe you have something to say about the question of education in a circular economy as well? Do join the discussion, share the article and get in touch to contribute yourself.

The post Learning not just ‘about’, but ‘for’ a circular economy appeared first on Circulate.