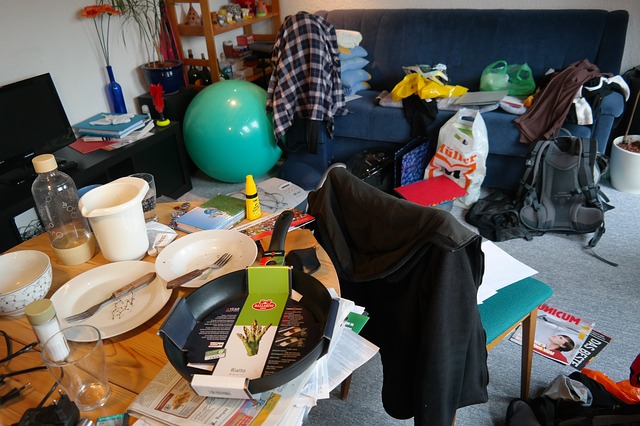 Is Stuffstr the app that enables retailers like H&M to transition to a circular economy?

There is more than $7000 worth of unused stuff sitting in your house, according to Stuffstr and its founder John Atcheson, a sum that likely increased for many people during the holiday period. It’s a statistic that really strikes home on the scale of the opportunity (and the challenge) facing a company like multinational retailer H&M, who has started a 100% circular campaign. It appears that it is an opportunity, which, when enabled by the latest digital technologies, could foster a new business ecosystem where large corporations and startups, like Seattle-based Stuffstr, can collaborate.

The average household is filled with idle items including clothing, sports equipment, toys furniture and much more, around 80% are used for less than one month in the United States, according to Atcheson, while 70% (eventually) will be disposed of in landfills.

There are a variety of ways in which people repurpose unwanted belongings, without throwing them away, including goodwill boxes, charity shops, garage sales and selling items through online marketplaces like Facebook and Ebay. However, despite the opportunities, the barrier for everyday users to partake in these activities seemingly remains high and participation is low.

Providing a simple to use interface, Stuffstr aims to address this challenge by providing a manageable library and database of various items, where users swipe or tap to donate, repair or give away their disused goods. The whole process is enabled by the latest digital technology in a variety of ways, for example previous Amazon purchases can be easily incorporated into the app and added to the user’s library.

In an era where gathering ever larger data sets is common, there’s almost something “neat” about a tech-orientated business that instead looks to utilise existing data sets in a way that creates additional value.

For multinational retailers like H&M and their vision for textiles where everything is either reused, repurposed or recycled as part of a circular economy, apps like Stuffstr could play a crucial role in enabling the recovery of products and materials. In a context where 85% of all textiles eventually end up in landfill in the United States, the ambition of H&M’s objective cannot be overstated, but partnerships with organisations like Stuffstr have already helped the company to give a “second life” to more than 80 million pounds of textiles.

In-app integrations appear to be a good fit for large corporations and potentially an effective way forward. Amazon and The North Face have also partnered with Stuffstr, and that’s just the beginning for a startup that is exploring the potential to introduce an even larger selling and marketplace component into its tool, Atcheson told Geekwire, “We’ve got this grand vision, it’s every retailer feeding into [the app], and every possible option available [donating, giving away, selling, peer-to-peer]. We’re one-by-one knocking those off and moving forward”.

Creating the networks and developing the connections necessary to enable effective reverse cycles in the consumer goods sector is an enormous challenge, but it is of course only one part of the picture. Even when recovered, clothing has a limited lifespan making material choices and design critical on the path towards a circular economy for textiles and fashion. Fundamental system change will be necessary to transform the fashion and textiles industries, but Stuffstr’s initial success is an indication that there is a lot that can be achieved through incremental changes guided by circular economy principles.

The post Is Stuffstr the app that enables retailers like H&M to transition to a circular economy? appeared first on Circulate.