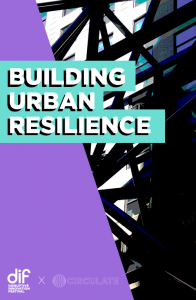 In Circulate on Fridays, we highlight some of the circular economy news and insights that we’ve been sharing at Circulate HQ this week. In today’s instalment, we’re finding out about the startup using blockchain to track fish, why India is going in the wrong direction on pollution, and how H&M are redefining the term ‘beachwear’. Check it out!

If we want products and materials to cycle within a circular economy, we’re going to need to keep track of them. BBC news shares the story of Jessi Baker , who founded Provenance, a startup that applies blockchain technology to do just that. Jessi was inspired by the buying practices of her mum, who always placed an emphasis on locally-sourced food when raising her children. Now, Provenance are using cutting-edge technology to create greater supply chain transparency for brands, who say that building trust with customers is a sound business move for long-term sales. Food is the first hotspot for Provenance, counting the UK’s fifth largest food retailer the Co-op as its first commercial client, but imagine the circular economy potential when this tech is applied to other industries.

Have you listened to the first episode in the new series of the Circulate Podcast yet? If our interview with Elizabeth Yee of 100 Resilient Cities has piqued your interest around how the world’s cities are preparing for an uncertain future, then Curbed has an in-depth piece by Alissa Walker that provides a ton of further reading. The article looks at the pursuit of resilience to climate change in the current political and economic climate, drawing on input from a host of experts and including some stunning – if not concerning – imagery. The circular economy could be key in addressing the impacts of climate change, as Per-Anders Enkvist, Martin Stuchtey and Jocelyn Blériot explored in this Circulate Feature.

Being the world #1 at something is usually an accolade, unless it’s being awarded for the worst air pollution. India climbed to the top of that podium this week, sharing the title with China. However, as reported by MIT Technology Review, it seems that ‘the two countries are heading in opposite directions’. The problem is so severe that it’s reckoned to contribute to nearly 1.1 million deaths a year, according to a new study from the Health Effects Institute in Boston and the Seattle-based Institute of Health Metrics and Evaluation. So with nations around the world steadily improving air quality, India seems to be getting worse, not better. There is hope though: The Ellen MacArthur Foundation’s 2016 report found that moving towards an Indian circular economy could lead to a 44% reduction in greenhouse gas emissions in 2050, compared to the current development path

In a circular economy, there would be no such thing as waste. In the meantime however, there’s a serious waste problem to deal with, and few substances cause more widespread problems than plastic. To combat this, H&M recently announced a new material called BIONIC® – “a recycled polyester made from recovered plastic from shorelines, waterways and coastal communities”. The first product to contain the fibre – which Vogue says is “supersoft and can adapt to almost anything you want to make, from jeans to cocktail dresses” – will be a striking dress that H&M are proud to say doesn’t look like it’s made from recycled material. Until we develop an economy in which waste is designed out, projects like this one are important in reminding people that recycling can be a process that adds or improves material value.