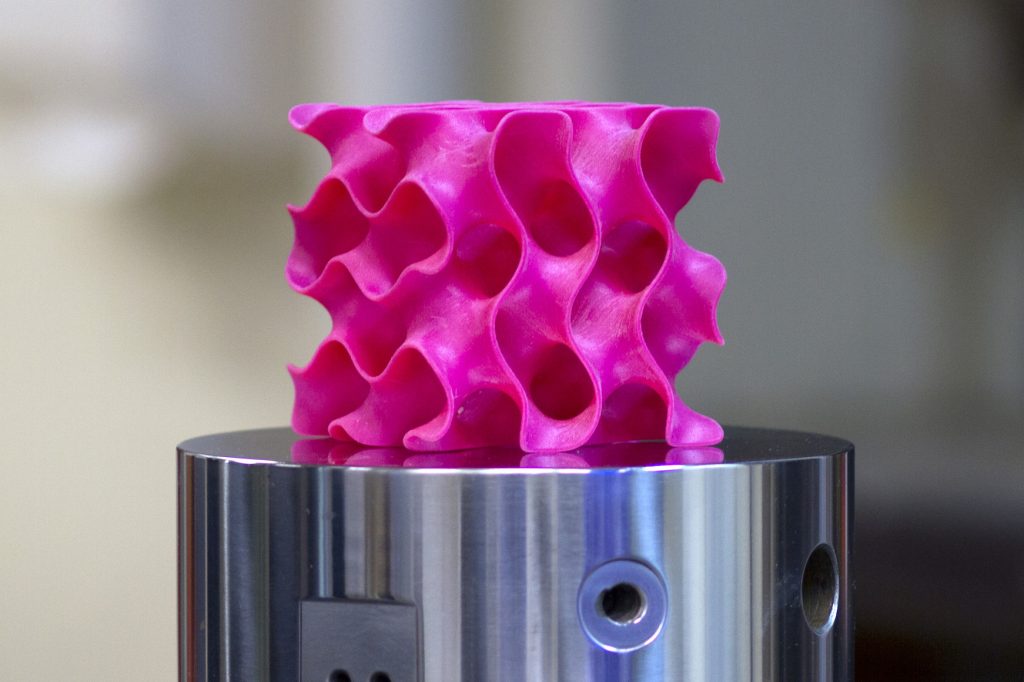 A quick-fire Circulate on Fridays for you this week, rounding up some of our favourite circular economy reading from the past 7 days.

MIT researchers claim to have developed one of the strongest, lightest materials around. It’s made of the much-hyped graphene, but it’s not so much the material that’s the star of this story. The amazing material properties – a density of just 5 percent with a strength 10 times that of steel – were actually created by manipulating shape and structure.

The research notes that “the crucial aspect of the new 3-D forms has more to do with their unusual geometrical configuration than with the material itself”, and that “similar strong, lightweight materials could be made from a variety of materials by creating similar geometric features.”

3D printing is enabling designers and manufacturers to unlock new material possibilities that could mean big things for the shift to a circular economy. If that’s news to you, then check out Alysia Garmulewicz’s recent and essential Circulate series on the subject.

Another auto player will be joining the self-driving car race in 2017: BMW. The company has built up a bit of a reputation for being ahead of the curve as far as mobility changes go, with its Drive Now service being one of the most well-known car sharing schemes. Now, BMW aim to have 40 self-driving cars on the road in 2017 , a test developed in partnership with Intel and Mobileye. Think you’ve heard it all before? Well the unique aspect of this initiative could be the “scalable architecture” that aims to make open up autonomous driving to other carmakers and developers working in the automotive space. First Renault open source one of their cars, and now this – could we be seeing the start of a new wave of collaboration in the automotive industry?

For the design and architecture junkies, check out this elegant four story house built in Taiwan.  It’s a nice-looking building inside and out, but the most interesting aspect is almost invisible, as the architects have taken into account the flows of air and light patterns to create natural ventilation for Taiwan’s subtropical climes:

A pool on the south side of the building and an open space in the center helps generate a stack effect of wind, creating a flow of cooler air around the building in the warmer months. This creates natural lighting and ventilation in the central void for the surrounding rooms.

It’s a subtle change and there’s no mention of energy or cost savings, but it’s a reminder that even functional urban housing can stand to benefit taking inspiration from the wider system in which they sit.

One to add to the reading list, Cory Doctorow reviews Four Futures: life after capitalism by Peter Frase, in which the author “asks us to think through four different ways things could go” in terms of the future economy. Frase looks at communism, rentism, socialism and exterminism, so while the circular economy isn’t directly one of the four futures discussed, the work piqued our interest for the reason that Doctorow notes:

He’s trying to convince us that we should try for the future we want, to use [science fiction] to give us a taste of what it might feel to live in those futures, and to hazard some guesses at how we might arrive at those futures.