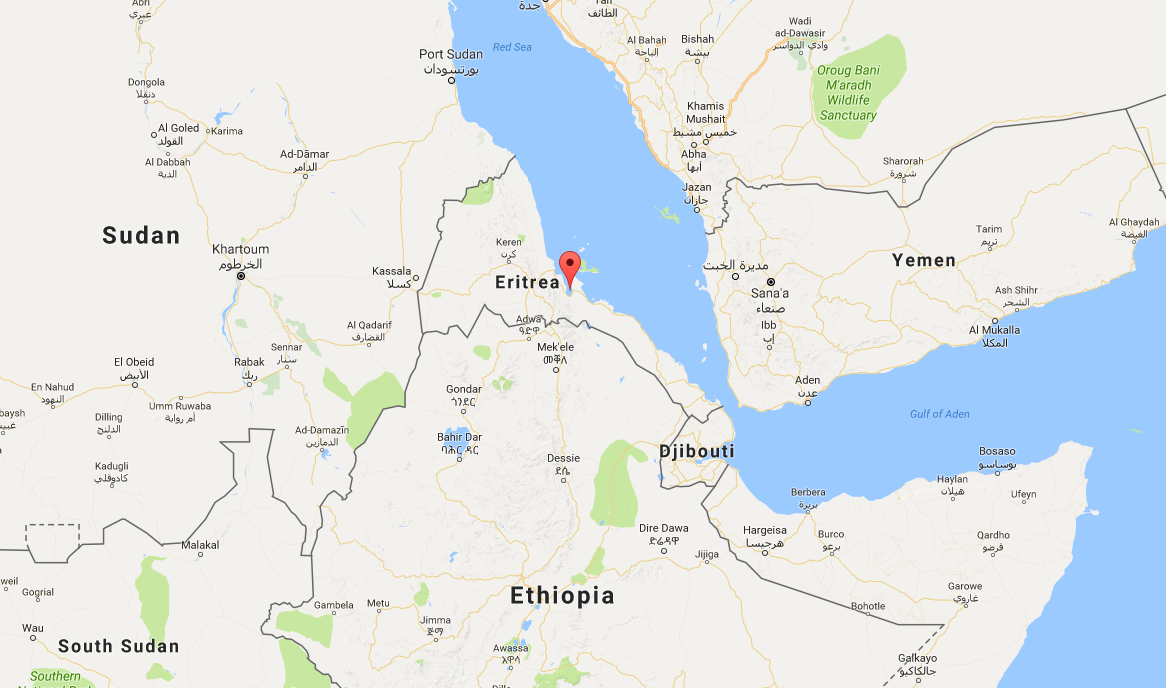 A story of regeneration and reforestation from Eritrea

The application and potential benefits of circular economy thinking have been widely described in the European context. What has been less commonly explored is the application in lower income countries such as those in sub-Saharan Africa. During 1998 – 2003, a remarkable project took place in the tiny desert country of Eritrea that showcased a systems thinking approach to the development of seawater-based agriculture in an arid coastal zone leading to big profits, a revitalised environment and the creation of many jobs. Can this project be replicated to breathe life into some of the other 25,000 miles of poor coastal desert around the world?

Since gaining its independence in 1991, Eritrea has experienced many upheavals both social and economic. The location of the young country in a very arid part of the horn of Africa, with high temperatures, low rainfall and poor soil conditions, mean that cultivation of food crops or indeed any kind of agriculture is very difficult. However between 1998 – 2003, a new type of farming enterprise unfolded in this hot dry corner of the continent, that could be a model for the economic, environmental and social revitalisation for many other similar climatic zones around the world. This is a story about how human intelligence and photosynthesis combined to create abundance and natural regeneration in a place where previously only sand, seawater and sunlight existed.

Saltwater farming has been attempted before in a number of different ways. Examples include Charlie Paton’s tomato-producing greenhouses in the Australian bush and Michael Pawlyn’s Sahara Forest pilot project in Qatar producing amongst other things cucumbers, energy and freshwater. In Eritrea, atmospheric scientist turned agricultural entrepreneur Carl Hodges developed a seawater farm which is an integrated multi-species complex system. This approach produces direct benefits in the form of protein and vegetable for local consumption and revenue generation; but importantly revitalises the environment and creates the enabling conditions for further economic activity.

The farm system begins by excavating a channel from the sea to create a saltwater river running into the desert. The first enterprise comprises 290 brick tanks which are used to grow white leg shrimp and Indian prawn. Tanks are concrete lined to minimise the infiltration of saline water avoiding contamination of the freshwater aquifer. The nutrient rich outflow from the shrimp farm then passes to a fish farm where species such as tilapia and milkfish are grown, both of which are good eating fish for local and export markets. The next stage is a large plantation of salicornia (also named samphire or ‘sea asparagus’). This salt-loving plant, known as a halophyte, thrives in the nutrient-rich irrigation water emanating from the shrimp and fish farm and yields several useful products. The cycle continues to a semi-submerged saltwater forest of mangrove which is a useful fuel and fodder crop in itself but also provides valuable ecosystem services in the form of water purification and as a habitat for many different species. The final stage in the cycle is a large coastal wetland, that forms a habitat and migratory stop for over 200 species birds as well as many other animals. By now the water has been cleaned of any potential harmful nutrients and can flow back safely to the sea.

The list of benefits associated with the integrated seawater farm is remarkable:

In economic terms: at peak production the shrimp and prawn tanks exported one ton of premium grade product per week to Europe. The fish ponds provided meat both for export and local market, as well as bone-meal that looped back into the shrimp growing operation. The salicornia converts seawater into succulent green vegetables suitable for humans, the seeds can be converted to cooking oil and the remaining meal can be used as fodder for livestock. Mangroves produce over 10 tons of stems per hectare that can be used for building material and firewood as well as 18 tons of leaves that can be used for animal feed. Mangroves also create a habitat for bees which in turn produce revenue-generating honey.

The social benefits are just as significant. The farm led to the creation of 800 jobs, providing money for improvements to quality of life but also developing useful new skills and an entrepreneurial mindset. A woman’s co-operative emerged from the mangrove growing operation, and comprised a high proportion of widows, an often marginalised group that faces challenges and even discrimination in poor societies. The co-operative was trained in forest management and honey production, giving them new skills leading to self-sufficiency and more security in the future. By-products of salicornia and mangrove growing that are not suitable for human consumption provide feed for animals, thus expanding the potential in livestock rearing which is a source of pride and an important part of Eritrean culture. The stems can also be used as (a carbon neutral) fuel reducing costs associated with cooking and keeping warm at night.

The environmental benefits are felt both locally and globally. As evidenced by similar projects in the tropics, locally the climate is cooled and humidity increases; new habitats lead to increased biodiversity and root networks create fertile topsoil, increase water storage and stabilise the soil mass thus reducing losses through wind-blow erosion. At the global level, the farm enterprise acts as a valuable carbon sink soaking up man-made emissions – mangroves which grow 35 tonnes of roots per year can sequester up to two tonnes of carbon per hectare annually.

The overall benefit is the transformation of an unproductive tract of coastal desert, primarily through increased evaporation that leads to higher humidity and rainfall, into a zone of social revitalisation, increased biodiversity and enhancing its potential for economic activity.

While this innovation story deserves a happy ending, unfortunately political upheavals in Eritrea resulted in most of Carl Hodge’s Seawater farm project being closed down in 2003. Thankfully, before this happened, the farm functioned long enough to demonstrate that a systems thinking approach using simple renewable resources as feedstock can lead to abundance and social revitalisation where only desert and poverty existed before. This kind of project represents an important application of circular economy principles, which should be much broader than meeting the needs of middle class urbanites. It should also offer solutions to big issues such as the 1.3 billion people experiencing absolute poverty and hunger, the 24 billion tonnes of topsoil soil loss each year and the rising concentration of carbon in the atmosphere.

As Carl Hodges enters his eighth decade his indefatigability continues to grow. Having discovered another nifty quality of salicornia – it can be converted to biofuel – he is currently working on a project in the Sonora Desert that when completed will be the largest seawater farm in the world.

The post A story of regeneration and reforestation from Eritrea appeared first on Circulate.